The new Business Bliss website has launched. This website brings 10 years of business experience, and Godly principles to big businesses worldwide. Business Bliss by Barclay Littlewood specialises in over 50 areas in one consultancy.

It is ideal for businesses that feel they need to regain that special magic that took them to greatness or soon to big businesses that want to ensure they grow in the right way.

Of course any business is nothing if not a collection of people. Therefore ensuring staff happiness is really an important and enjoyable part of business.

I’ve done a lot of consultant work in my time, and its always the same – ensuring staff happiness makes a business great!

I’m going to use my essay business as an example.

In our business there are two main parts of our team, the in house staff and the writers.

What we are always trying to do is foster better relationships between the company and the team. Work of course should be an enjoyable part of life for everyone.

It’s really satisfying if you can have a business which is a good part of someone’s life and helps them to improve personally and technically.

We’ve got a good social side to work which is enjoyed by most and goes quite a way to ensuring staff happiness. The team go out together and socialise outside of work.

I like to keep the company like a family.That of course doesn’t mean we aren’t professional and always striving for the very best, but we are relaxed too in our approach.

Over the years we’ve learned that a too kind and loving approach really doesn’t work. Some members of the team turned selfish and expectant, the relationship became paternal rather than one of equality. So I guess really, a good relationship and ensuring staff happiness is more like a marriage!

Today we give a lot to our team, but we expect a lot back too. It’s a case of mutual respect and kindness. That keeps the relationship balanced, and both parties have a role to play.

Sure there are always going to be issues and disagreements but we always try and settle them with a cup of tea, remembering that ultimately we are on the same side. 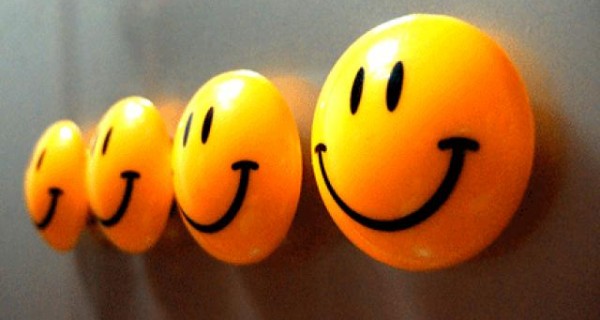 Certainly at times, you do have to make tough decisions to ensure the survival of your business. Here you need to do your best to handle the people involved kindly and respectfully.

You have to let people know when they aren’t making the grade of course. Ensuring staff happiness means being honest to help people improve. You find there’s only two sorts here, one is the type that points fingers and doesn’t take it well, the other is the type that takes it on board constructively, and blames no one but themselves. The former never improves, the latter always does.

You want people to be internally motivated to do well. For this reason, I don’t advocate performance bonuses, they cause more headaches than they are worth. They too can create an atmosphere where people don’t want to do something unless they are being incentivised. And no matter what you incentivise in business you discourage something else. We do share profits however, because after all your team earned them!

When I came into business I wanted to be the best, make a living and give people a good place to work. I never wanted to make enemies. Regrettably however, no matter how hard you try, some people are always going to make an enemy out of you. There’s no need to reciprocate however. All you can do is be as fair and respectful as you make those tough decisions. Ultimately how people react is then down to them and between them and God, as your behaviour and treatment of others is too.

If you know in your heart that your focus is and always will be ensuring staff happiness, than that’s all you can do.

Thanks for reading about ensuring staff happiness and may God Bless you in your efforts!

Good business and God’s rules are completely compatible of course. I call this Godly business.

Don’t believe the public’s perception and the pantomime of the media and Hollywood. Business isn’t about being arrogant, cut throat and walking over people.

Apply these tips and you’ll have no problem running a Godly business that is beneficial to everyone concerned.

Thanks for reading and God Bless

Power and Integrity In Business

Power is often consolidated between just a few businesses within each industry. Industry leading businesses are often controlled by even fewer holding companies that work across many industries.

This allows power to be abused. Terms and conditions can be set heavily in the businesses favour, and often contain clear breaches of law. Prices can be fixed to maximise profits over all else. The environment sacrificed in the name of profit. Labour can be seen as ad treated like a commodity, rather than an integral part of a person’s life.

And often, there is no one that can stop such abuse. Customers, staff, all can find themselves in a quite powerless position. Even Regulatory Bodies and Governments cannot seemingly stop some of these larger businesses doing as they wish.

For both power and integrity to be most effective however, they ultimately must both go hand in hand.

This is where an internal dedication to doing good comes in, even when power means the consequences of doing otherwise can easily be avoided.

It is perhaps as the leader of one of the world’s biggest and best essay companies that I should known this more than anyone else.

When we came into this industry we wanted to give students who couldn’t write essays a helping hand. I would have used my services properly and I know there are others that would do too.

Of course it’s absurd for an entire nation to pick who’s fittest for employment by their essay writing skills, but that’s the reality we have at the moment. Largely caused by the Universities business like approach to maximise profit from the system they accuse us ourselves of having.

It’s totally unfair that some people are prejudiced by such a system, when other than their essay writing skills they would be totally fit for employment. Our job is to get people that interview by achieving a good degree, the rest is then down to them.

We do however encourage honest use of our work, because not only is it the right thing to do, it benefits the student far more than handing our work in as their own. Maintaining integrity for both parties has always been key.

Maintaining integrity is of course to benefit other people, and you have to work past the doubters and take what you can constructively from them.

If the business you are involved with doesn’t practice integrity as you think it should, I encourage you to push for change. Whether you are a customer, staff member, or someone else, you may surprise yourself by how much you can achieve.

Doing business with integrity not only usually means more profits in the long term, it also feels a lot better too.

Power and Integrity In Life

Many times in life we can simply do as we want and escape the consequences. When we do so however, we lose our integrity, our foundation.

If you have a position of power and operate without integrity, you have nothing. If you have integrity, but no power, you’ll find it difficult to build any leverage and influence.

Power and integrity go hand in hand, and one without the other is always less effective in the long term.

Power can and does corrupt, because it seems to allow the temporary escape of consequences. This isn’t helped by the fact that those that crave power often do so for them and theirs. That self centred attitude however, is ultimately their undoing. The rules of God are always at play in the long term.

The good news today is that many in power have no integrity, and they are realising they have to change their ways, to keep their power. The masses at the same time are gaining power, and simply won’t stand for the abuses of the past.

New leaders will come to the forefront, dynamic leaders the understand they require power and integrity to effectively lead the world to it’s very bright future.

Leaders that understand there is far more to a nation that it’s economic performance, that the heart of a nation is the well being of it’s people, and the primacy of that, over money.

Ultimately like everything else, a business is energy. The energy of a business is therefore key to it’s success, survival and serenity.

When a company applies resources it should do so in a way that enhances that value to stakeholders in as an optimum way as possible.

Focus of a Business

If a business isn’t focused on what matters, it’s energy dissipates. Thus every business needs to assess what matters as a whole to the business. The energy of a business then needs to be directed to ensure those factors are optimally focused on.

Ultimately what matters most to any business is what really matters to it’s customers.

If the energy of as business is focused on the wrong things then it will get into trouble, because the resources it puts in will not be optimum compared to what value it generates in return. Over time, businesses with a better resource to value ratio could overtake it.

This is another way the energy of a business needs to be focused.

Countless businesses change things without much of a care for it’s customers. They get wound up in their own ideas, rather than the reality of their customer’s experience.

Recent Windows operating systems are a great example, it was forgotten that people were happy with the operating system overall and used to it. Anything that was new had to take into account what came before it . Yet Microsoft didn’t. It was a big idea from within the business, designed to compete with Apple, forgetting that people that wanted an Apple operating system were likely already with Apple. Now Windows has become like Apple, but not as good. Existing customers have become isolated.

Apple itself has become wound up in smaller and smaller improvements to it’s devices that are mattering to it’s customers less and less. It has missed very obvious products such as an Ipad-Laptop hybrid, a bigger Ipad and a ‘far bigger Ipad’; which is actually a smart TV.

Energy is Shaped By Power

Those in positions of power shape the energy of a business. Their attitude, their mind set, their actions disproportionately effect things in the business compared to others. Thus if there is a widespread problem in attitude in the business, it is almost always down to it’s key influencers.

Bad attitudes, stress, as energy spread to others, the good news is, good attitudes and positivity spread just as quickly.

The Energy of Competing Factors

Businesses usually overstate their own ability and understate that of competing factors – such as competitors, timing and changes in the market.

Timing is worth a lot in business, because timing leads to momentum. Once that momentum takes over it becomes increasingly difficult for competition to take market share.

As all energy came from an unknown ‘Force’ that set off the Universe via the Big Bang, the greatest ‘Energy’ of all is God. Any key person in a business should endeavour to find that Divine Energy, which transform themselves and then run their business in accordance with universal principles of mutual respect, honesty, fairness, power with integrity and good value.