Forgiveness works to heal the past. The past is one of the Devil’s main tools against us. He can hold us to the pain of events that have happened 30 seconds, 30 minutes or 30 years earlier. Sometimes the hurt of years ago can be made to seem just like yesterday.

Forgiveness is for the forgiver. That’s why you must forgive others. It takes back control of your heart, mind and future and unshackles you from the past.

The question is not “Why I should forgive them, why do they deserve it?”

The question is really “Why should I not forgive them? Why don’t I deserve it?”

If you can’t forgive others, you really must like punishing yourself.

You see not forgiving someone really often doesn’t matter to the person that did the harm. They may be blissfully unaware of what they did, or busy living their life without a second thought to it. By not forgiving, it’s you that’s still suffering the pain of what occurred. Ultimately forgiveness frees you up from the pain that’s been blocking your love – and allows you to move on. Until that time, the past is going to keep darkening your future. Their may be anger, trust and anxiety issues, and even problems forming relationships with people in a similar role to the person that harmed you before.

We know we should forgive, not only from the Bible and other Holy texts, but also because of our relationship with God. He forgives us, and we know as his child, we should strive to do forgive others in the same way. When we forgive, we take the burden off ourselves and we pass the burden over to God where it belongs and can be properly shouldered.

Others behaviour is between them and God, just as your behaviour is between you and God. So if you refuse to forgive you are basically saying you know better than God and his rules! God will let you have your own way and play at being God for as long as you wish. He’s happy to let you go about holding back forgiveness thinking you are achieving some victory and learn the hard way. We always know trying to be our own God and living by our own rules turns out badly, very badly indeed!

So there might be a million reasons to withhold forgiveness, but there’s really only one reason why you must forgive others – for your own healing.

The Essence of Forgiveness

Forgiveness isn’t just a matter of words and saying “I forgive them.” It’s deeply praying, sincerely forgiving and wishing the wrong doer well. Its being happy that they are happy. It’s asking God to help them and give them the best, praying for them just the same way as you pray for family or a friend, because in the end they are God’s child too.

If you can’t forgive in that way you haven’t forgiven at all. You’ve simply given lip service to the Bible and the concept. For example, if you cannot be in a room with someone and share a few words or jokes, you haven’t really forgiven them. Look to how God forgives us. Does he say “I’ll forgive you but don’t speak to me again.”? Of course not! He loves us still and that’s our goal with all others – his children.

I remember meeting a man from Rwanda once. He told me how almost his entire family was murdered. His wife, brother and 2 children. He was able to forgive the perpetrators as many in Rwanda have done. He was able to meet them forgive, and move onwards. He encouraged the wrong doers to see the Devil had overtaken them and seek forgiveness too from God. Now, because of thousands of stories like his, and thanks to God that country is finally healing from it’s past.

So next time you hear someone saying they can’t forgive, tell them – anything is forgivable.

I’ve forgiven some people in my time, all manner of things. In the beginning, it used to be hard to forgive. Then it got easier. But one mistake I made was never telling the person what they’d done wrong and how they had hurt me. I don’t think they ever learned much, indeed I think some people would just see my forgiveness as a let off!

So now I’m sure to let them know. I endeavour to do this in a gentle, truthful and constructive way, because it’s the right thing to do by God and ultimately I believe it will help them.

Of course too, you should explain why you are forgiving them. Your forgiveness can be taken many ways, as a sign of weakness, lack of harm, or apathy to the wrong. So you should highlight the reason you are doing it – because it is what God wants. Hopefully you forgiveness can be a lesson in itself.

Forgiveness also doesn’t mean appeasement. For example God doesn’t appease in our wrong doing. If we do something wrong, he corrects us by punishing to bring him back to his love. Equally, if someone broke into your home, you could forgive them, offering them help coming to God, but still push for them to receive punishment too. All people must learn, there are consequences to their actions and punishment and forgiveness are not two mutually exclusive actions.

Why you must seek forgiveness for your sins

If you don’t come to God and sincerely ask for forgiveness of your sins, then God’s love will always be withheld from you to some degree. The Devil wants you to think your sins are forever. He keeps it that way by telling you that you have no right to be forgiven, that you are not worthy of God’s love, or even that God does not exist. Ironic that is was down to the Devil you fell short in the first place! The whole World might be condemning you, but what matters is God’s forgiveness only.

God frowns upon a proud person. He sees everything you do – his presence is always there – so you can kid yourself you did no wrong – but you can’t kid God!

So humble yourself and admit you were wrong, promise to be better and then move on. Each time you do this it’s a victory for God and a defeat for the Devil!

Thanks for reading about why you must forgive others and seek forgiveness of your own sins, I really hope it helps you to heal the past in your own life. 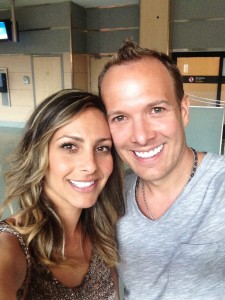