Ultimately like everything else, a business is energy. The energy of a business is therefore key to it’s success, survival and serenity.

When a company applies resources it should do so in a way that enhances that value to stakeholders in as an optimum way as possible.

Focus of a Business

If a business isn’t focused on what matters, it’s energy dissipates. Thus every business needs to assess what matters as a whole to the business. The energy of a business then needs to be directed to ensure those factors are optimally focused on.

Ultimately what matters most to any business is what really matters to it’s customers.

If the energy of as business is focused on the wrong things then it will get into trouble, because the resources it puts in will not be optimum compared to what value it generates in return. Over time, businesses with a better resource to value ratio could overtake it.

This is another way the energy of a business needs to be focused.

Countless businesses change things without much of a care for it’s customers. They get wound up in their own ideas, rather than the reality of their customer’s experience.

Recent Windows operating systems are a great example, it was forgotten that people were happy with the operating system overall and used to it. Anything that was new had to take into account what came before it . Yet Microsoft didn’t. It was a big idea from within the business, designed to compete with Apple, forgetting that people that wanted an Apple operating system were likely already with Apple. Now Windows has become like Apple, but not as good. Existing customers have become isolated.

Apple itself has become wound up in smaller and smaller improvements to it’s devices that are mattering to it’s customers less and less. It has missed very obvious products such as an Ipad-Laptop hybrid, a bigger Ipad and a ‘far bigger Ipad’; which is actually a smart TV.

Energy is Shaped By Power

Those in positions of power shape the energy of a business. Their attitude, their mind set, their actions disproportionately effect things in the business compared to others. Thus if there is a widespread problem in attitude in the business, it is almost always down to it’s key influencers.

Bad attitudes, stress, as energy spread to others, the good news is, good attitudes and positivity spread just as quickly.

The Energy of Competing Factors

Businesses usually overstate their own ability and understate that of competing factors – such as competitors, timing and changes in the market.

Timing is worth a lot in business, because timing leads to momentum. Once that momentum takes over it becomes increasingly difficult for competition to take market share.

As all energy came from an unknown ‘Force’ that set off the Universe via the Big Bang, the greatest ‘Energy’ of all is God. Any key person in a business should endeavour to find that Divine Energy, which transform themselves and then run their business in accordance with universal principles of mutual respect, honesty, fairness, power with integrity and good value. 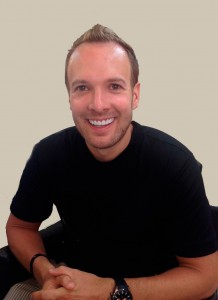